What is Social Distancing during a Pandemic?

This is going to be a harsh but truthful blog which doesn’t appear on  mainstream, because over the last few weeks, I am convinced that most people, including doctors, experts, government officials, and politicians are idiots. They all have a secret agenda and won’t admit their faults or problems with COVID-19, but they love pointing fingers at everyone for their problems.

During a pandemic, social distancing means staying in your home. This idea that people can go outside and stay 6 feet or 2 metres away from each other is ridiculous. COVID-19 isn’t only a virus that is airborne. It sticks to objects like door knobs, money, handrails, clothing, elevator buttons, buttons on bank and debit machines, and so much more. Staying 6 feet away will not save you. This is one of the stupidest things I have ever heard from doctors and the government.  The only reason they told people not to wear masks is to save supplies for themselves. Any doctor in the world knows why doctors and nurses wear face masks in hospitals and to say anything different is irresponsible. For governments to think that anyone, with more than 2 brain cells, wouldn’t be able to figure this out on their own doesn’t give enough credit to their citizens. Simply, a mask stops the spread of diseases and protects people.

Finger pointing is an interesting subject that we should discuss openly and honestly. Everyone wants to point fingers and place blame on anyone but themselves. However, I haven’t found anyone who is without blame for the pandemic or the spread.  Everyone is to blame from governments acting too slow to the threat, to telling people lies about the importance of face masks, or people that didn’t take the virus seriously until it was too late. There are still countries in the world that are doing nothing to stop the spread.  Then we have people in a lot of places thinking that this isn’t serious, or thinking that it is a hoax. I’m not pro-China, pro-western, Liberal, Democratic, Republican, Socialist or Communist nor am I anti any of these, but I am a person that believes in a different type of higher power, “Common Sense”, which appears that most people don’t have. Everyone acted too slowly to the crisis despite the warnings, despite watching the virus spread throughout China and around the world, and so everyone is to blame. So stop pointing fingers at each other, and stop listening to the media and people who are spreading uninformed information about the virus.

There is no information, no matter what the media says, regarding when President Xi knew there was a problem. We do know we haven’t heard anything from the western media about the hundreds of government officials who were arrested in China for trying to keep the problem quiet, or whether the government needed more information about what was happening, before causing panic among their people. The media seemed to only be interested in ratings and a good story for their networks.

Spreading unfounded information about the virus in China is ridiculous considering China generally doesn’t allow freedom of the press. This is almost the same way that most countries don’t tell the complete story regarding what is happening in their own back yards. Some countries even lie to their people by telling them face masks don’t work, but then say the masks are needed for the doctors and nurses in the hospitals. Did China have a lot more cases than reported? Of course they did, because they didn’t test everyone in the country, and instead they told everyone to stay home. China would have had a huge problem if they were to test 1.6 billion people and everyone knows it. Most countries around the world didn’t test every person in their country either. By the way, just because you are tested today, doesn’t mean you can’t be infected tomorrow. What testing does is get people out of their homes, into the public, so that they can spread the virus that much more.

Despite my efforts to warn Canada about the virus, they did nothing until it was too late. The first time a country confirmed the presence of COVID-19, they should have closed everything down for a minimum of 2-3 weeks immediately.  That one person with the virus could have come in contact with hundreds or even thousands of people within in the first 3-5 days, no one knows. That is why everyone should have been isolated immediately. The country could have completely closed one entire state or province and saved the entire country, ending the spread right away. Instead, they allowed people to continue to travel, use public transit, shop, go to public malls and expose everyone to the virus.

This idea that most countries are going to be out of the woods in the next 4 weeks is another ridiculous thought. Take America, for example. At the moment, their major cities are heavily infected and smaller cases of the virus are showing up throughout the entire country. If no one has figured it out yet, the entire country acts as one and unless the country stops all movement, the virus will continue to spread. America talks about being in it together but that is far from the truth unless you are talking about the next 3-4 months or more. When one fire is out, another will start somewhere else and may even return back to the cities it started with. Doctors call it a second, or third wave of infection. This is why China has temporarily closed its borders to all countries, because people from other countries were bringing the virus back to China.

So long as people have cars, buses, planes and trains, and are still allowed to travel around the country or cities freely, the virus will always be one step ahead of the medical professionals. Staying in your homes is very important. The only people that should be in the streets are medical personnel (doctors and nurses), police officers, firemen, the national guards, employees that keep the power, gas, and the internet working along with  television stations to keep people informed, military personnel, and the government officials that are organizing everything. No truck drivers delivering food or equipment to grocery stores or hospitals; this should be handled by the military and everyone should be wearing face masks. If the entire country is on lockdown, the government should have frozen the stock market, frozen rent payments on rental properties, mortgage payments to banks, etc. The less people outside, the less chance the virus would spread. Doing this would have protected the economy and the stock market from crashing.

But one of the most important things to remember is, stop pointing fingers. Everyone screwed up.

Take this Pandemic Seriously or this could be you 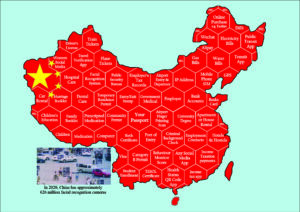 You Can't Hide In China 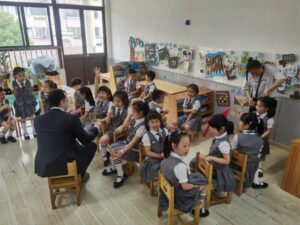 Many thanks to Vincent Sdrigotti for allowing Panda to use this article on our site.…
Learn More 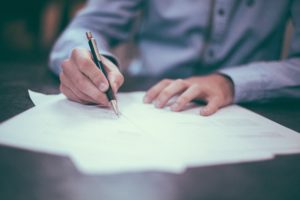 Do's and Don'ts of Quitting your Job 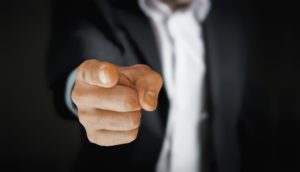 What is Social Distancing during a Pandemic? This is going to be a harsh but…
Learn More 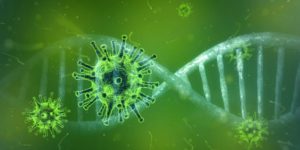 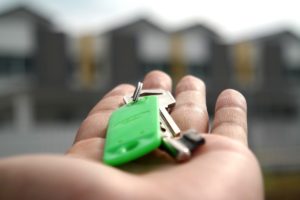 Why Should You Never Accept Free Accommodations !

Why You Should Never Accept School Accommodations When a foreigner decides to come to China,…
Learn More
open sidebar
0 0 vote
Article Rating

You Can’t Hide In China

1 September 2020
Subscribe
0 Comments
Inline Feedbacks
View all comments
wpDiscuz
0
0
Would love your thoughts, please comment.x
()
x
| Reply
Not a member?
Sign up
Already a member?
Sign in
Back to
Login
×
Close Panel